Surf the Waves of Peniche

Guillermo has always loved the ocean. This romantic surf lover has always dreamt of faraway lands, picturing distinct worlds without labels. Portugal is not a new place for Guillermo, as he studied in Lisbon for a year, in an exchange programme. But the truth is that he fell in love with this country.

The picturesque getaways and the unforgettable sunsets caught his heart, and he returns every year to visit the friends he already considers family. This time his loved ones came along. His boyfriend and their two best friends rounded up for a trip to Peniche, Guillermo’s favourite place in Portugal.

Located on the country’s west-central coast, Peniche is a seaside municipality built on a rocky peninsula. This area is known for its long beaches, famous for recreational activities such as surfing, windsurfing, body boarding and kite surfing.

Being a major fishing port, it has been developed into a popular tourist destination due to its various scenarios. Peniche is part of a particular surfing coastline that extends from Ericeira to Nazaré.

This is a zone of barely touched natural beauty, which includes picturesque little villages plenty in cultural heritage.

From the outstanding shoreline cliffs to built forts, rich gastronomy and a particular kind of craftwork, a must-see for artisan lovers handmade lace known as Renda de Bilros (bobbin lace), a centuries-old art whose origins are lost in time.

Before heading to the amazing beach, it’s mandatory that you stay in Peniche includes a walk through the historic centre.

You will get to know Nossa Senhora dos Remédios Sanctuary, the São Pedro and Misericórdia Churches and the Peniche Fort, built in the 16th/17th centuries to defend the coast, later used as a political prison during the authoritarian Estado Novo regime.

Greet the waves that lift up your heart… Sparking warmth under your skin.

Find your Tribe and Vibe in Peniche

The Peniche area is very popular among surf lovers. The amazing waves that Peniche offers are brought to shore by the mighty Atlantic Ocean. Just a few kilometres north lies the Nazaré Canyon, the largest undersea canyon in Europe.

When the swell is right this geological formation casts huge waves to the shore and offers a show that attracts hundreds of people to gaze at nature’s power and the courage of a few athletes that dare entering the water. Tourism here is not the same as in other places in Portugal. The trip of the Senses

Whether you are a surf rookie or a surf pro, or even if you just love the surf vibe, hidden gems are waiting to be discovered somewhere along the Portuguese coastline.

Get to know local people, stay at every little village and town by our shores and connect. Connect to nature, connect to the ocean, connect with yourself.

Enjoy the experience, no matter who you are or where you come from. You will feel safe, welcomed and at ease.

Take a dip. Ride a wave. Feel the sun on your skin. Chat to a stranger. Make new friends. Listen to the sounds of nature. Taste new flavours. Enjoy sincere smiles. Travel to Portugal and give your senses away to the experience. Stunning natural landscapes, quiet and peaceful sunsets, breathtaking viewpoints.

The undiscovered feeling and raw landscape of Peniche makes it the perfect spot to spend some days resting, connection with nature and distant from the crowded cities.

With nearly half of its borders bathed by the Atlantic ocean, Portugal enjoys a vast and beautiful coastline. Since the Age of Discoveries, the seas brought Portugal closer to different peoples and cultures, and the connection to the waves became deeply rooted in the Portuguese character.

Greet the waves that lift up your heart… Sparking warmth under your skin.

Check out the other experiences. 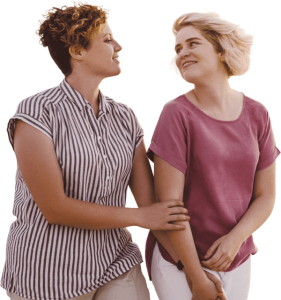